The Cage of Your Assumptions 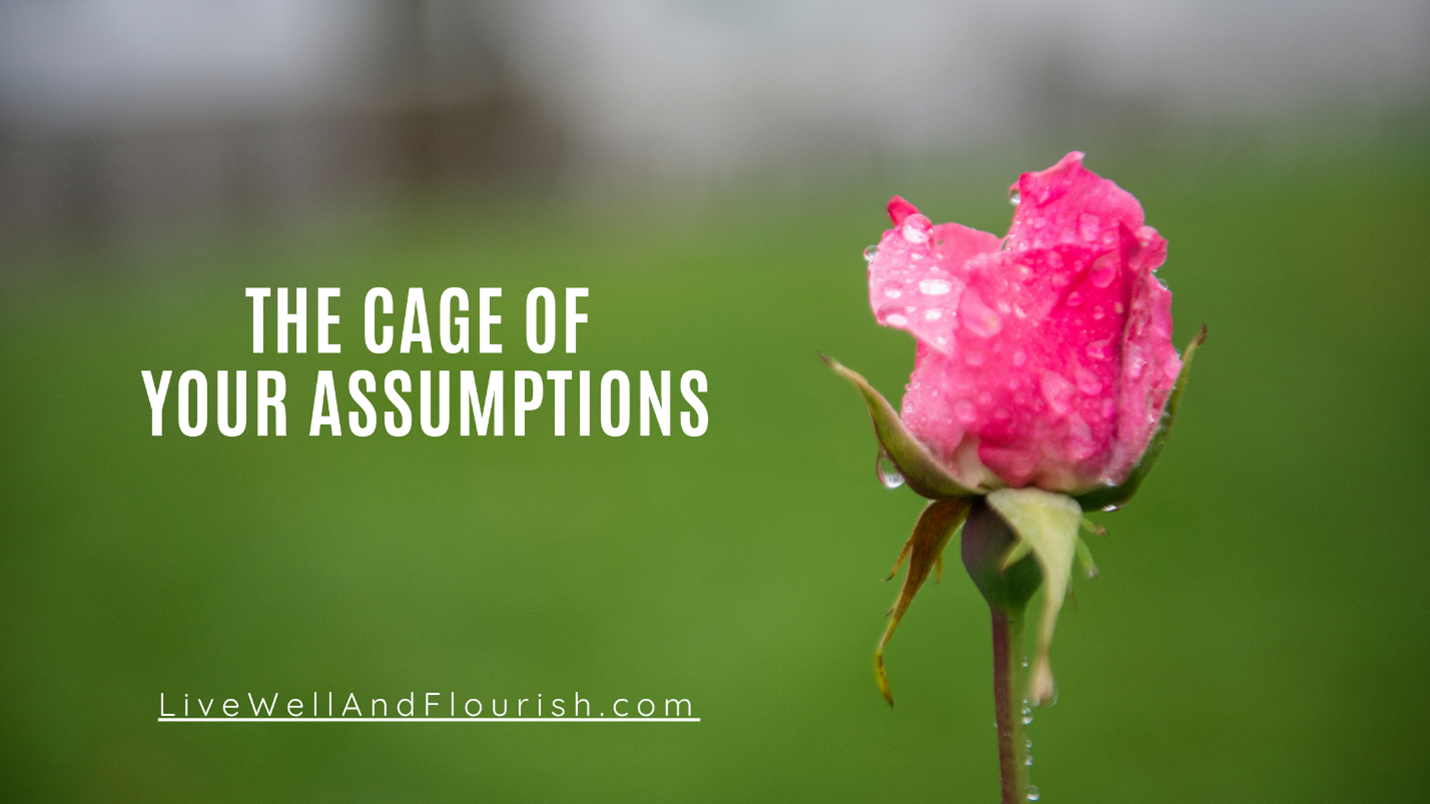 Many years ago, and I mean MANY years ago, I was in junior high and had a massive crush on a cheerleader. At the end of the basketball season, the coach threw a party for the team. We were allowed to invite dates, which was a very big deal. Eventually I found the courage to ask the cute cheerleader to go with me to the party. I have to admit my invitation was in a cheesy note. You know the kind. “Will you go to the party with me? Check one, yes/no.” As I recall I actually made the check boxes. Cute Cheerleader replied with a note of her own saying that she had to do something with her parents and couldn’t go to the party. Of course, junior high Craig was crushed. I assumed that I wasn’t worthy of her affection. Several years later, I learned that Cute Cheerleader really did have to do something with her parents. She actually liked me, and I mean like-liked me. 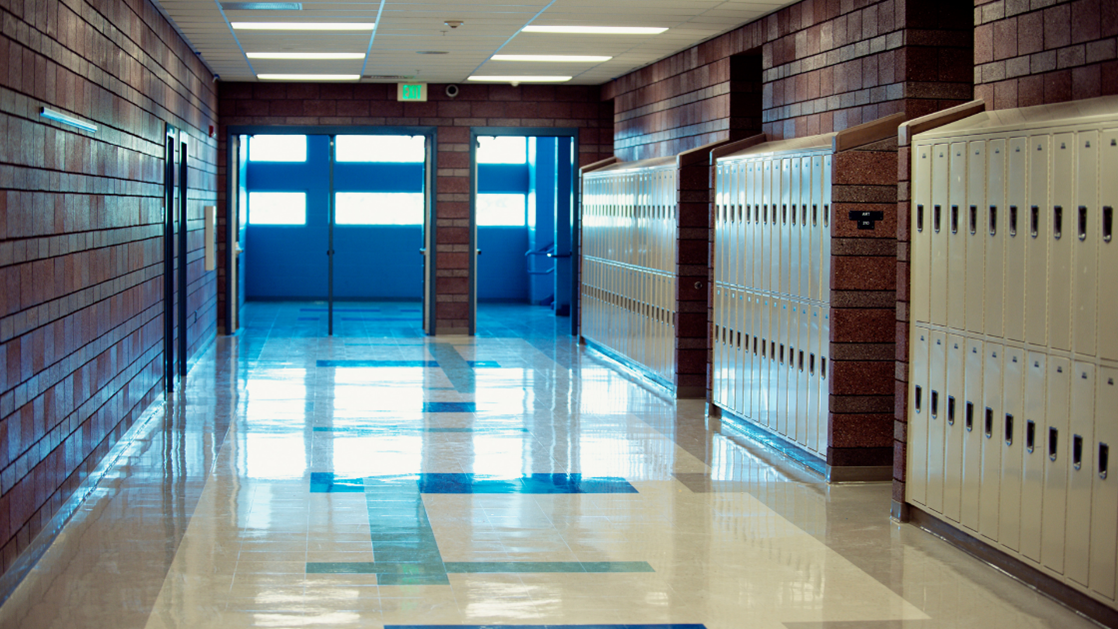 My assumption about Cute Cheerleader prevented me from even thinking about asking her out again. My assumption trapped me in a cage of self-doubt. Unfortunately, the impact of our faulty assumptions doesn’t end when we graduate from junior high. In fact, our unquestioned assumptions often keep us from changing and growing throughout our lives. They keep us from pursuing careers, risking our affections, getting in shape, and making other positive changes in our lives.

Here’s an interesting thing about assumptions, and their sibling generalizations: They’re necessary parts of human existence, but when left unchecked, they can lead us astray. Why are assumptions and generalizations necessary? Well, there is so much input coming at us at any given moment that we have to find ways to reduce the complexity of all this input; without these simplifying mechanisms, our brains quickly become overloaded. Assumptions and generalizations are two such simplifying cognitive devices. We make assumptions and generalize just to get through the day. Usually, these are functional and quite helpful in reducing the workload on our brains. Assumptions and generalizations help simplify complex problems. This is one reason economists are so famous for making assumptions. There’s an old joke about an engineer, a philosopher and an economist who were hiking in the forest when suddenly the ground gave way and they fell into a pit. The engineer immediately started looking around for branches that could be used to make a ladder, and finding none, grew despondent. The philosopher sat quietly and began lecturing the others about how their situation was a metaphor for the futility of life. The economist said, Hey! No problem. I’ve got this. First, we assume we have a ladder …” Look, I said it was an old joke, but I didn’t say it was funny.

I like this joke for three reasons, well four really. First, it points out how we seek assumptions to simplify confusing or complex problems. Second, it shows how assumptions can be wrong. Third, it uses stereotypes to make the joke (in kind of a good natured way). Stereotypes occur when generalizations are applied to groups, which the joke did three times. The fourth reason is that I actually think the joke is kind of funny.

Both assumptions and generalizations are important here, so let’s distinguish between them. An assumption is something that you accept as true without proof. When I stop at my local convenience store for coffee on my way to work, I assume it’s going to be hot. I don’t pour a little into my travel mug, then check for steam. Since I usually get the coffee very early, I assume it’s freshly made and therefore still hot. I don’t seek proof. Fortunately, my assumption has been proven correct, but that’s not always the case. Generalizations are different, but related. When we generalize, we make inferences about something from our past interactions that we view as similar to our current situation. When the wind picks up and you see dark clouds forming in the distance, you might infer that it’s going to rain soon. This inference is based on past experiences in which similar weather observations were followed by rain. You generalize from those experiences to the current experience.

Here are some commonly-held assumptions that may be detrimental to your flourishing:

Did any of these resonate with you? Some sure did for me. These assumptions, when unchallenged, reduce our flourishing by closing off values of growth and well-being. Unfortunately, these, and other assumptions can be frustratingly sticky. Why do we cling to such harmful assumptions?

Assumptions are often unquestioned: Again, this is part of what makes assumptions useful simplifying devices. If we took the time and effort to question every assumption, we would lose the benefit of assumptions. So, we need to question assumptions only when we think it might be beneficial. Two things make this especially challenging. First, it’s hard to question hidden assumptions … they’re hidden! Second, it’s difficult to know what assumptions might be important to challenge. Fortunately, there are some approaches that can help, and I’ll discuss these later.

We actively ignore or discount data that is counter to our assumptions: Humans are wired to engage in something called confirmation bias, which is the tendency to search for information that confirms prior belief, or to interpret data in a way that supports prior belief. We do this rather than seeking information that might disconfirm our belief, or interpreting data in a disconfirming manner. An assumption represents a held belief, so it is subject to confirmation bias. So, even when we uncover and test a hidden assumption, there’s a tendency to look for and value information that supports the assumption.

When we put all of this together, the deck is stacked heavily in favor of assumptions, which is why they so often go unchallenged, or when challenged, go unchanged. So, what can we do about this? I’ll get to that shortly, but first it might be helpful to understand a bit about how we form assumptions.

Where do assumptions come from?

So, where do assumptions come from? Well, this is a pretty complicated question, and I’m not sure anyone knows all of the sources of assumptions. But there are three sources I can confidently identify: prior experience, learning, and social cues. These are all pretty intertwined, but I’m going to talk about them separately to make things simpler.

Our prior experiences form an important basis for our assumptions. Take my hot coffee story as an example. Every time I stopped for coffee and it was hot, I built up a stronger and stronger foundation for the assumption that the next day’s coffee would similarly be hot. At some point, the assumption was formed, and I just assumed the coffee would be hot. This is all well and good, except for the fact that the world is constantly changing. As Hereclites said, “No man ever steps in the same river twice, for it’s not the same river and he’s not the same man.” Because the world, and you, are constantly changing, your prior experience may not reflect the current state of the world, or your current state of being, so your assumptions may be wrong.

Learning from others is another source of assumptions. Often this takes the form of imprinting from influential others, such as our parents and teachers. I was fortunate in that the imprinting and lessons I learned from my parents and teachers were almost unfailingly positive and beneficial, but that’s certainly not the case for everyone. Sometimes, early in life, people are taught to think that they are worthless, incapable, and undeserving of affection. Unfortunately, these messages are like a drip of water on a rock. Each one might have a small impact, but over time, they can carve a deep crevice of harmful assumptions about oneself. Frequently, the effect of this imprinting is negative self-talk that often mirrors counterproductive assumptions. What makes this source of assumptions especially harmful is that the assumptions are often so deeply ingrained that they are extremely difficult to bring to the surface and counteract.

So, what can you do to free yourself from the cage of your assumptions? I have some suggestions. Here are three things you can put into practice this week that will help you avoid letting assumptions hinder your flourishing.

Breaking free from the cage

The first approach to try is to think about some recent judgment or decision that you’ve made. Get some paper and think about the information you used to make the decision or judgment. What factors did you consider? What data is associated with each factor? What is the source of the data? Did you have actual data or did you rely on assumptions? For each assumption, think about what you assumed, and, more importantly, how your judgment or decision might have changed with different assumptions. For example, maybe you were going to meet a new friend for a drink. Your friend is a blue-collar worker, so you assumed that they wouldn’t be into wine. So, instead of going to a wine bar that you love, you went to a local beer joint. If you had not made the “they won’t like wine” assumption, perhaps you would have gone to the wine bar. Yes, this is a trivial example, but thinking through a few of these will make you more sensitive to hidden assumptions.

A second method is to recognize quick judgments that you make about virtually anything, what to order in a new restaurant, what music to explore, even which line to get into at the grocery store. For the next week, try to identify at least one of these quick judgments each day, and ask yourself two questions. First, what assumptions did you make related to the judgment? Second, ask, “What if this assumption is wrong?” Do this for a week, and you’ll be much better at recognizing assumptions and their impacts. Awareness is the key to breaking free of the limitations of assumptions.

Maybe an example might make this clearer. Suppose you’re in the market for a new vehicle. An important assumption might be that Japanese vehicles are more reliable than American vehicles. If quality is important, this assumption has a material impact. Your choice might change if you flipped the assumption and viewed American vehicles as higher quality. So, you go to Edmunds or Consumer Reports to gather data on reliability. By the way, this assumption also carries a generalization, assuming that one American brand has poor reliability might make you generalize the same to all American brands.

Before closing, I want to point out that all of the above, and escaping from the chains of assumptions, requires awareness of your assumptions and their impacts. You can check out an earlier episode on mindfulness to learn about how you can get your life out of autopilot by becoming more aware. I’ll put a link in the show notes.

Well, that’s it for this episode, except for a quote from Isaac Asimov, “Your assumptions are your windows on the world. Scrub them every once in a while, or the light won’t come in.”

If you liked this post, you might want to listen to episode 32,”The Cage of Your Assumptions.” 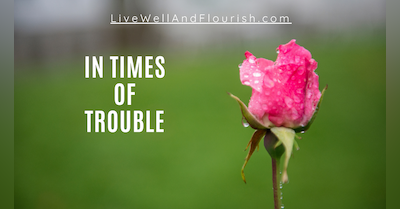 Article on using the Stoic notion of control to deal with adversity. 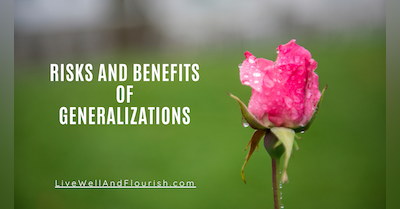 Risks and Benefits of Generalizations

Benefits and risks of generalizing and generalizations. Risks include cognitive biases and stereotypes.