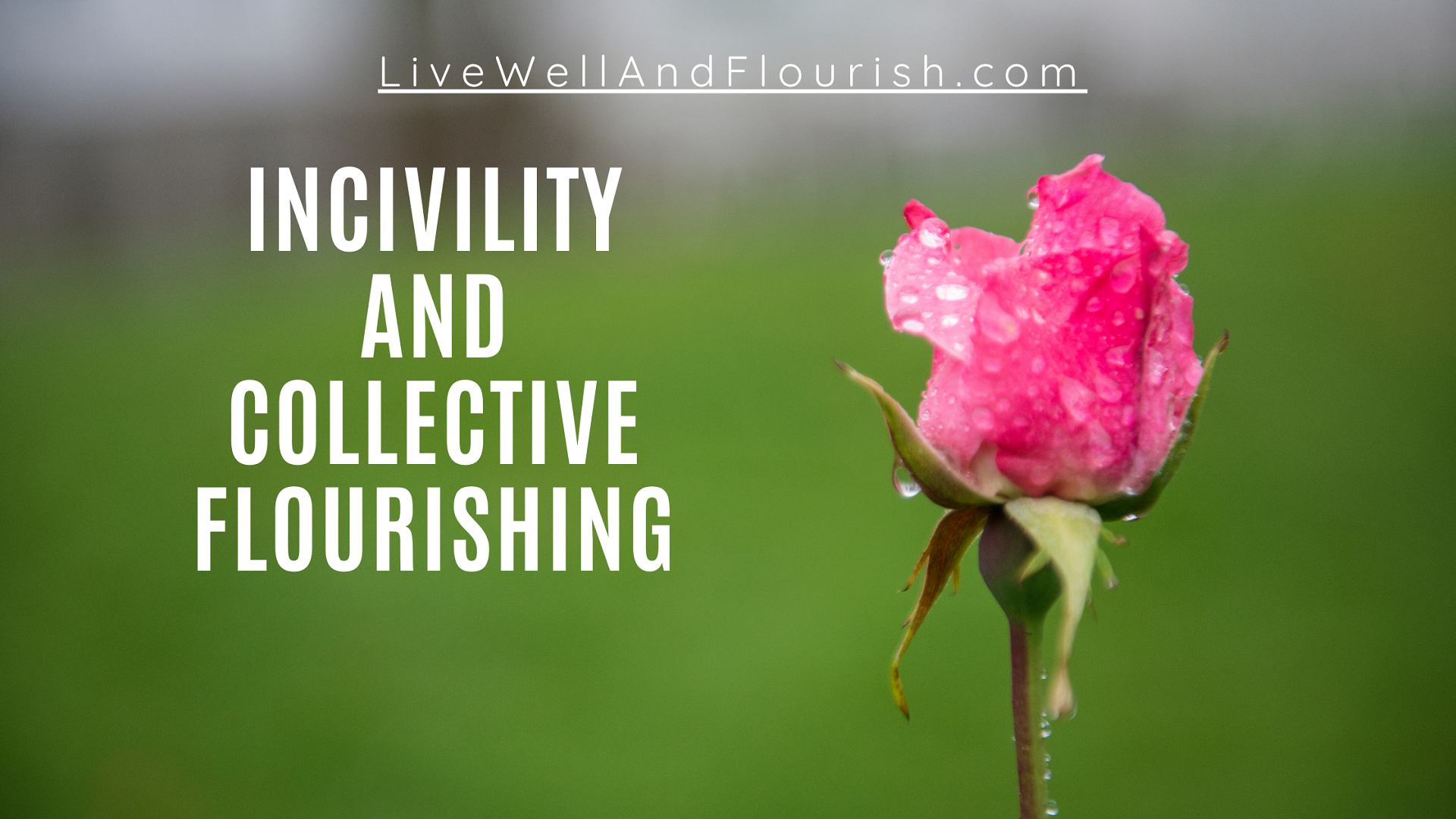 In this Live Well and Flourish article, I wrap up a three-post series on the relationship between incivility and flourishing by talking about how incivility harms not only your individual flourishing, but also our collective flourishing as a society.

As regular readers know, I strongly believe that we have a serious incivility problem, not just here in the United States, but in many countries. There are several causes for this, not the least of which are purposely provocative social media posts that chase likes and retweets, click-bait headlines, and pointlessly raucous cable news shows whose primary purpose seems to be just to chase ratings. Frankly, I’m tired of it. Incivility rarely accomplishes anything worthwhile, it only exacerbates negative feelings and conflict. Today, I want to talk to you about how incivility hurts us as a society, how incivility hurts our collective flourishing. Let’s start by talking about what I mean by collective flourishing. 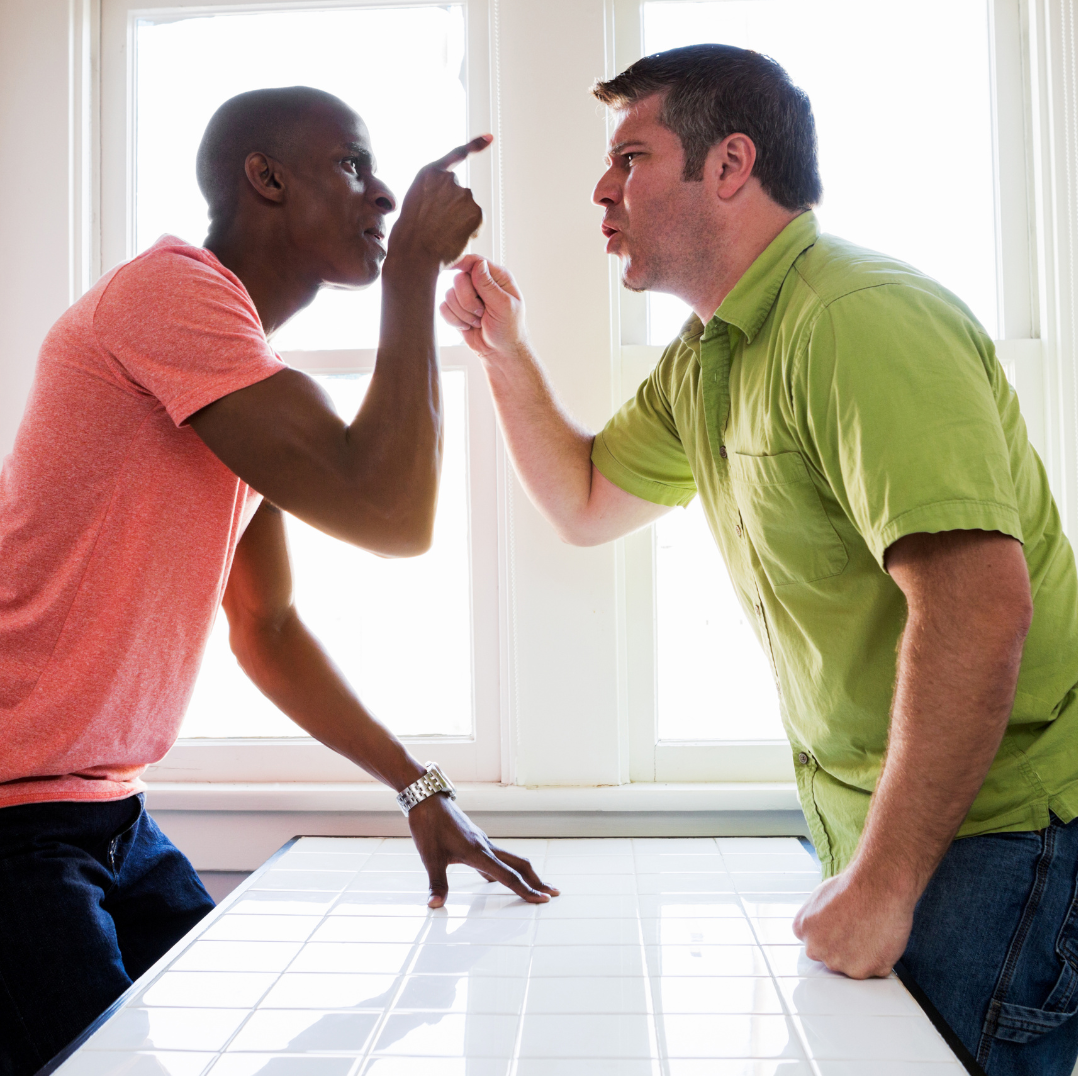 At an individual level, flourishing is the practice of living according to virtue and reason. Virtues are excellences of character, such as courage, friendliness, generosity, kindness and the like. You become virtuous by acting virtuously. Reason is the application of your capacity to think rationally, applying logic to draw conclusions. The goal of reason is to find the truth. I don’t want to go too far here, you can listen to the prior articles for more details. There’s also an article that focuses on what flourishing is in some detail. You can find these and all of my articles at livewellandflourish.com. Here’s the main point -- incivility displays a lack of virtue and reason and is, therefore, contrary to flourishing. Yeah, I know, I know, I’ve said this a bunch of times in the last few blog posts, but I repeat it here because the point is important.

Incivility also gets in the way of thoughtful discourse and deliberation. Incivility promotes anti-deliberative behavior. To me this happens in a couple of ways. The first is something called target aversion and the mob effect - those things go together. Painting the “other side” as illegitimate (evil, stupid, and so on) through the use of trigger words like snowflake and fascist makes them not worth trying to understand. This is target aversion. So, we put effort into further vilifying the other side, not into trying to understand them and considering their views. To make things worse there’s a sort of piling on that builds through each act of incivility, which promotes the next until the mob rules over reason. (And remember, reason is critical for flourishing.) The second way is similar. It’s called perpetrator aversion and the retaliation effect. Being a member of a group is often an important part of your identity. When your group is attacked, so is this aspect of your identity. So, there’s a tendency to become entrenched and defensive rather than trying to seek common ground. To make matters worse, we tend to react in kind, leading to a downward spiral of incivility. Both of these mechanisms get in the way of thoughtful deliberation and solution seeking, so they’re harmful to collective flourishing. 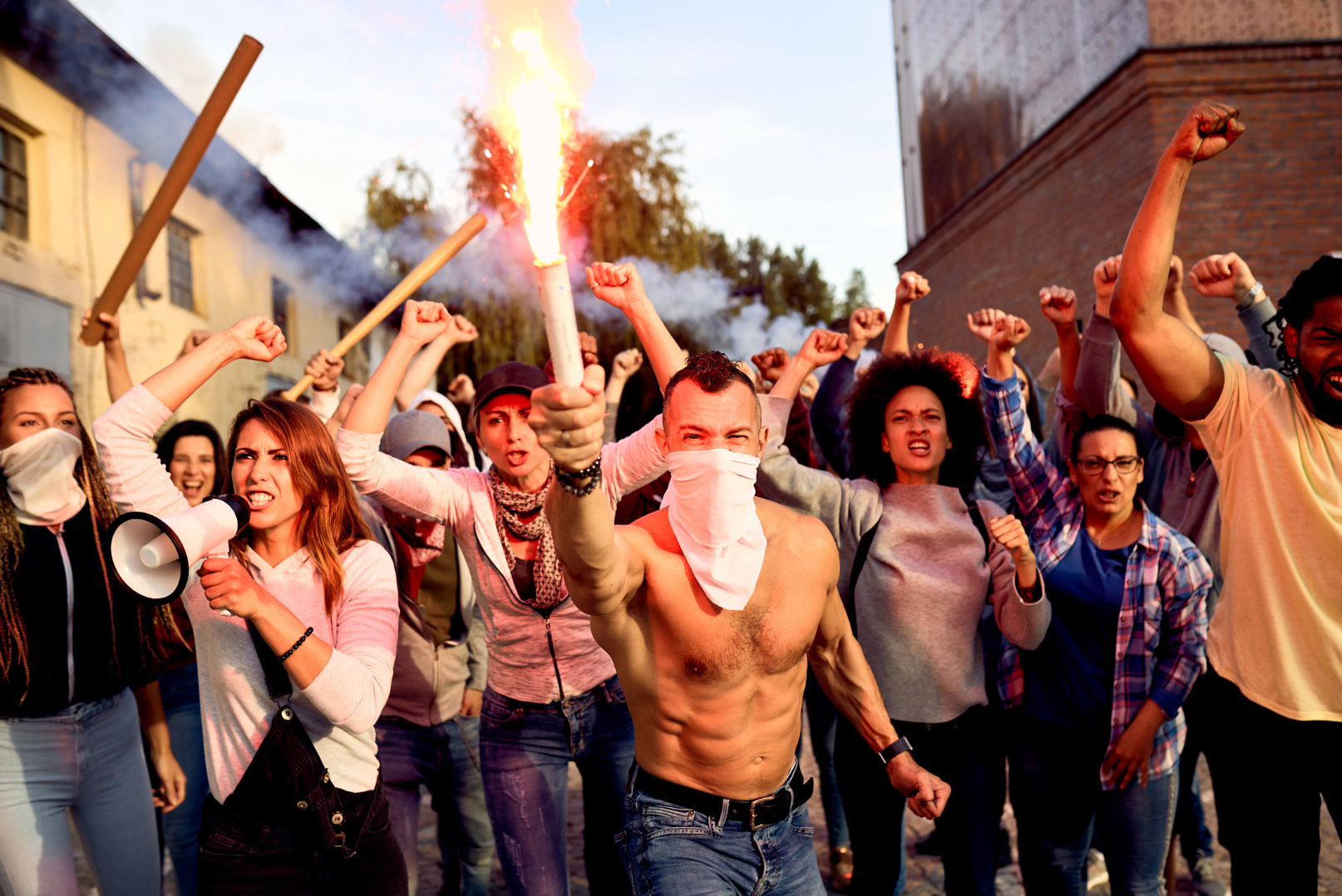 Incivility also draws too much attention to the extremes. Incivility paints the other side using its most extreme examples. Christians become the Westboro Church, liberals become Antifa rioters. The truth is that for most issues, there aren’t just two stark sides, the social world is rarely binary. There’s a continuum of beliefs and positions, usually shaped like a normal bell curve, with the vast majority somewhere towards the middle. But that’s not the way it seems sometimes. Technology algorithms don’t help with this. They’re focused on amplifying the loudest voices, which are often the most uncivil. Look, I think most people are decent folks trying to get through life and do the right things. But you wouldn’t know this from cable news or social media.

There are two other effects of incivility that I want to mention here -- the chilling effect and the withdrawal effect. The chilling effect happens when someone is afraid to do something, expressing their opinion in this case, due to the fear of negative consequences. I don’t know about you, but I often metaphorically bite my fingers or tongue and decide not to post or say something due to concerns over consequences. Now, pausing to consider consequences isn’t a bad thing, in fact it’s a good practice. But, when the consequence you’re afraid of is retaliation, the chilling effect is a drag on our civil discourse, our societal progress and our collective flourishing. Making all of this worse is the fact that the least advantaged among us often have the most to lose and so are the most subject to the chilling effect, even though they’re voices we need to hear.

The withdrawal effect is similar. Incivility can drive people away from discourse, which effectively silences their voices. In some ways, this is even worse than the chilling effect because it not only moves people away from engaging in discourse, it drives them away from even listening. These effects, the chilling effect and the withdrawal effect, can lead to either an echo chamber where all we hear is our own beliefs parroted back at us, or a cesspool of shrill voices trying to out-shout each other. The thoughtful, deliberative, virtuous folks remain on the sidelines, or maybe not even in the stadium.

Well, that’s it. These are my thoughts on incivility and collective flourishing. My sincere hope is that this little mini-series will help cool incivility, even to some tiny degree. You can help. Just share the mini-series by directing friends (or someone you think might need to really really read it) to livewellandflourish.com. They can read in the blog or listen through the webpage, or use the links provided to listen on their favorite podcast app. 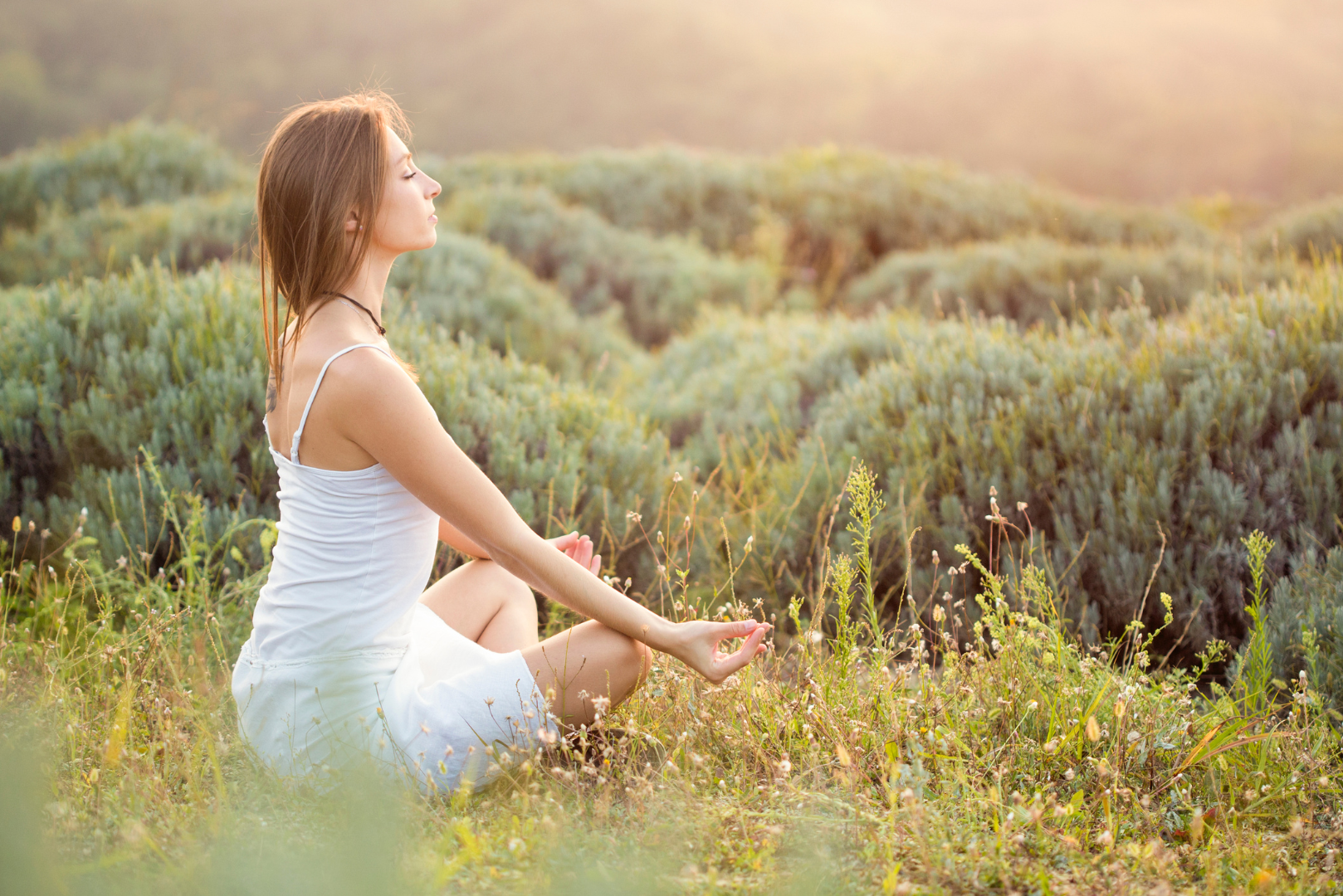 Normally, I would provide you with three things you can do this week to put what I’ve talked about into practice. But because I’ve already given you my thoughts on how you can reduce the effects of incivility on your flourishing over the last couple of episodes, today I’ll leave you with just one. Don’t be a jerk. That’s it. If everyone would just try to not be a jerk (I really want to use a more appropriate term than jerk, but this is a family-friendly show), the world would be a much, much better place. You can’t control others and their incivility, but you can control yourself. So, this week, make a conscious effort to act with kindness, generosity, consideration, and respect. When you're talking with someone, try to really understand them and where they're coming from. In doing so you’ll help us flourish as a society, and you’ll improve your own personal flourishing as well. That seems like a pretty good bargain to me!

I’ll leave you with two quotes from famous Stoics. The first is from Marcus Aurelius, “That which is not good for the swarm, neither is it good for the bee.” Seneca expresses the same idea with this quote, “You must live for your neighbor, if you would live for yourself.”

If you liked this article, you might want to listen to episode 38, ”The Futility of Incivility”

And to episode 39, “Incivility and Your Flourishing”

In Times of Trouble - Understanding Control to Deal with Adversity 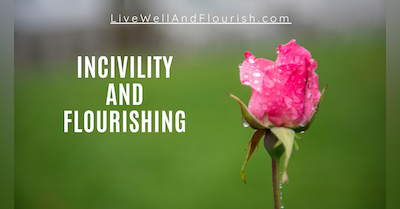 An article describing how incivility can affect individual flourishing. 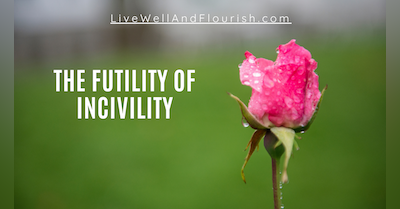 The Futility of Incivility

An article explaining why incivility is futile.